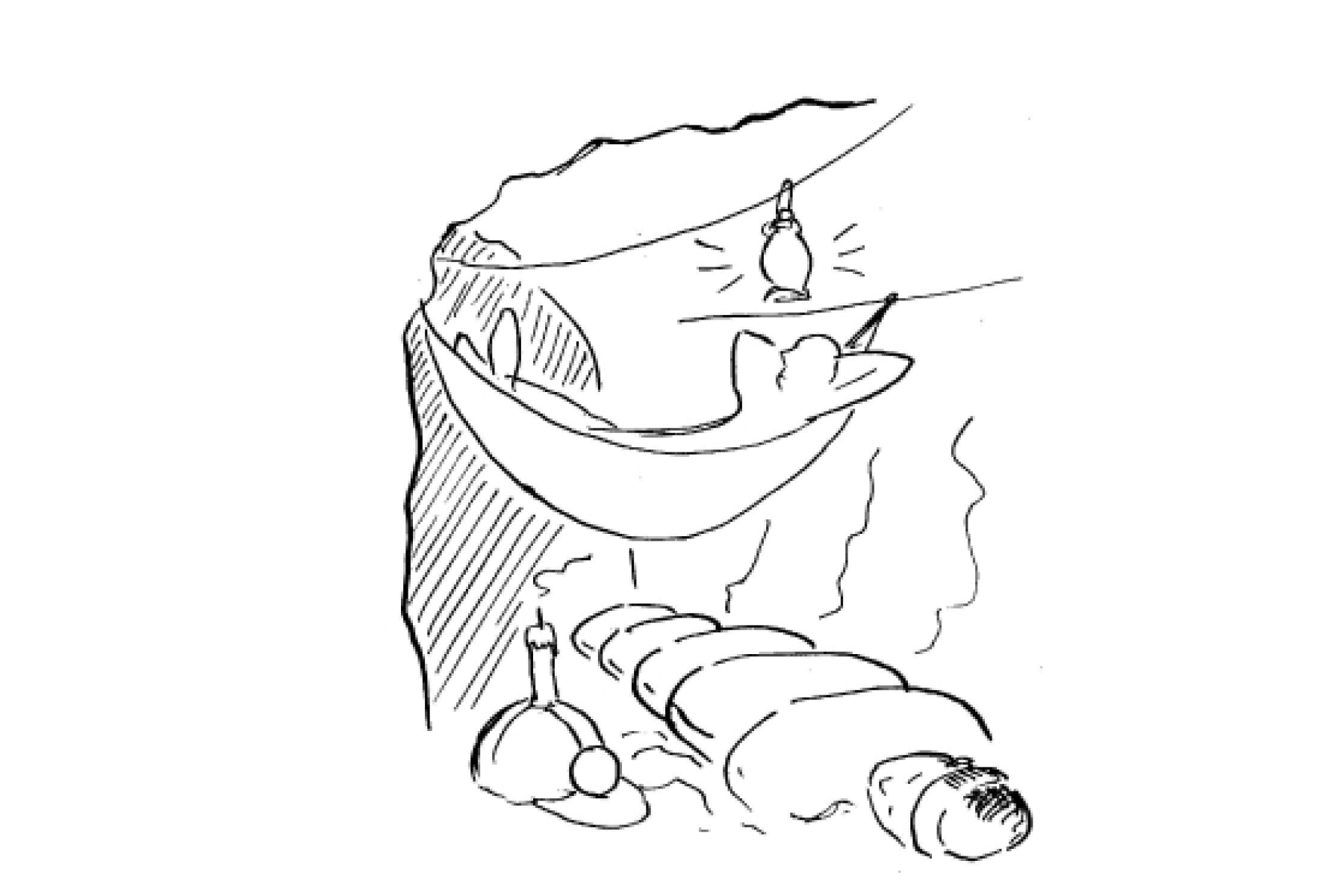 The transition from creation to discovery is what fuels innovation. Instead of sitting down with form already in mind, we arrive at the page, the canvas or even our office, trusting that the sculpture is already inside the stone, knowing that our job as the worker is to simply chip away. Instead of attaching ourselves to a particular approach, we commit to an unknown process, thinking less and emerging more, allowing everything to come out from the center of us, as opposed to blindly throwing spaghetti against a predetermined wall. And instead of our tendency to drive towards closure, we consciously make more time for ideas to germinate than is comfortable, sitting with their namelessness, slowly waking up to what is true about ourselves, our customers and the world in which we live.

CAVING -- Trusting the creative process to lead you towards profitable discoveries

The cool part about this tool is, while discovery takes longer, requires more uncertainty, and asks us to be more patient and vulnerable than we’re used to, the work that results is truer, better and bolder. Apple's approach to innovation derived from its founder's personal philosophy about discovery. Jobs famously said that customers don’t know what they want until you show it to them. He said he never relied on market research, and believed that his team's task was to read things that were not yet on the page. That's the discovery. Because the nature of innovation is, it's an unexplored cave. It's the thrill of the hunt. Every creative endeavor begins by announcing to yourself and your team, okay everyone, now we’re going to do something we’ve never done before. In short, you don't know what you're looking for until you find it. You don't know where you're going until you get there. Now, this might sound like a zen koan that a guru in a robe delivers to his students on mountaintop. It's frustrating as hell and can make your brain cramp. But it's exactly what innovating feels like. You have to trust the process to lead and teach you. What's more, you have to reassure all the people on your team, who may not even be able to conceptualize your idea in its nascent state, that it's still worth pursuing. It might not work, but it also might change everything. You never know until you start. Inception, the best film about innovation ever made, portrays a thief with the rare ability to enter people's dreams and steal their secrets from their subconscious.

Inception is a film that shows a form of innovation that is hard to achieve, but possible nonetheless. Here's the thief's speech from a memorable scene. They say we only use a fraction of the true potential of our brains. But they're talking about when we're awake. While we dream, the mind performs wonders. How do you imagine a building? You consciously create each aspect, puzzling over it in stages. But sometimes, when your imagination flies, you're discovering it. Genuine inspiration. And in a dream, your mind consciously does that. It creates and perceives a world simultaneously, so well, that you don't feel your brain doing the creating. Have you ever been doing your work and felt that way? It's deeply euphoric. What's more, it's dammed profitable. Organizations that are willing to transition from simply creating to really discovering, their innovations end up changing the world.

Remember, when your job is to do things that haven't been done before, don't be surprised when you're surprised. How is your team trusting the process to lead and teach you?

Enter flow state more frequently in your work
Take bold, profitable risks that inspire you, your team and your customers
Generate winning deliverables that tell compelling stories and elevate your brand
Originate innovations that impact the way other companies approach business